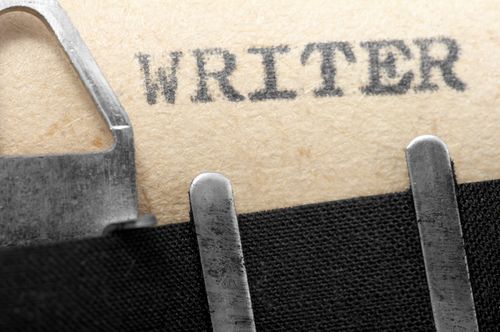 What’s it like being a writer? Well, first and foremost, most people will tell you, you have to come up with an idea, concept and work forward from that. I find that just writing down a passage or events that I think sounds cool or unique and from that initial spark the story grows and that idea gather momentum to take the story forward. For example, when I first wrote the Riders of the North it started with just a dream I had about a medieval battle field with heavily laden warriors combating Mongol riders with their composite bow. And from that simple dream the whole project sprang forth onto the pages of my notebook and then I moved it onto the computer and, eventually, into the two stories I’ve published to date, alongside the full novel I’m sitting on at the moment.

Why I’m doing this? Good question, writing isn’t something that people would guess I do – I’m young, dyslexic and male – so why did I start it?  To be honest, I started because of sheer boredom and what I realised quite quickly is how much I love the actual task of writing, the creativity that jumps from you is exhilarating. I guess, because of the title of this article has drawn you to read this then you may have tried writing so you will know what I mean. I think the best bit of advice I can ever give from being a small independently published writer is that you’ve just got to get your ideas down on paper, even if they’re not linking, even if some of it doesn’t make sense, just get it all down and work it out afterwards, work backwards if you have to. A lot of people don’t do it that way. I think the majority of people should do it that way, get your hook and your big area the story is based on and work out the plot and how to link it all. From a writing style I have found that helps the creative flow – I can’t just ‘start at the beginning’.

So what’s it like being a moderately successful writer, well and the first thing is that it isn’t lucrative, the money is okay ; not enough to live off but enough to invest in the things I want to do that I never could do before which is always a bonus. The worst thing is the fear, fear is the big one. You need to understand that if you’re starting to write you have to get over it  – fear of ridicule from friends to family, siblings or work colleagues – you have to get over that and get on with it. I write fiction and for most my stuff I delve into a bit of historical research and other areas for what I’ve published so far and that surprises people.  when they find out, which is nice, but you have to give up any type of  self -image with writing as you are not writing for somebody else, even thought that seems strange as you want an audience, but you’re writing for yourself at first and if you’re not happy with yourself, you probably won’t’ be happy with what you write – as you shouldn’t get into this gig if you don’t love it, so that’s kind of where you have to be to start off with. From there the actual doing is a whole other dimension, first of all you have to have some sort of idea, vision then get some sort of plan. In the planning phase I recommend getting a system. I have two books; one which I carry around me to most places and the other is quite a large binder. The first book I carry around with me is my ideas book where I jot down things I see things that seem cool. Four example, I have my caption so I know roughly what genre I’m aiming for, in this example it is titled TV show/book then inside that I write down the scene I’ve just envisioned so , for example, I have an idea for a drama set during the Second World War and have a very vivid scene to jot down and from that initial scene I build up the characters, some of their relationships, the overall story arc and for this project some of the historical truths.  I did all that in the black binder which is where I expand on my ideas – so there’s my hint to anyone starting on this road; get yourself organised because ideas come at the strangest times trust me……. next instalment tomorrow same time!.