Hello everybody and welcome to another edition of ‘The Week’. After last week’s horrific scenes I’ve been thinking more about religion and my attention was also drawn with Rupert Murdoch’s tweets early in the week but that’s something I’ll delve into on Tuesday with my tech stuff. Today I’m going to talk more about religion and the after affects of the terrorist attacks last week. The first thing that’s jumped out at me is the anti Semitic voice that came via the media to the point that even the home secretary of the United Kingdom (where I live) has waded in. I think the media are making too much of the fact that the third gun man, during last week’s horror, ended up in a kosher supermarket. He may have intended to attack a Jewish business but from what I have read, it looks more to me that this guy had no plan and just ended up inside a supermarket – not that particular market.

END_OF_DOCUMENT_TOKEN_TO_BE_REPLACED 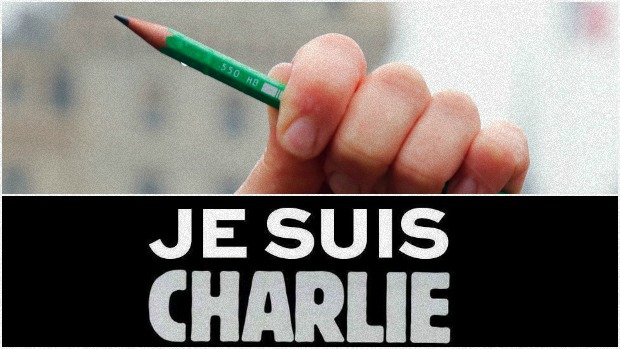 Hello. Two months have flown by since I started this weekly commentary. The big news this week has been the attack in Paris, starting off with the disgusting and cowardly attack on the Charlie Hebdo offices on Wednesday, both men have now been killed by French security services after what looked like the two men having decided to make their final stand in a print works by charged out of the building and were shot. I assume that most of you, like me, have been following the tragic events from the attack on Wednesday to the gun man appearing on the streets of Paris killing a female police officer a few hours after the first attack and then the simultaneous events at the print works and the supermarket. In moments of tragedy humanity rises up, as shown by so many people in Paris holding a night vigil and a lot holding a simple pencil above their heads as an expression of support and the right to freedom of expression – the pen is mightier than the sword. Many did this even though there were at least three gun men still on the loose. What does this mean for most of us in the West, or all of us really who don’t want to be relegated back to the Stone Age?