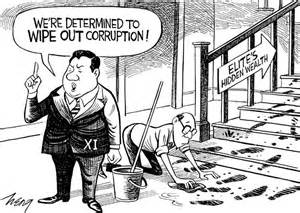 With the Panama papers still being big news around the world, and the repercussions already ousting Iceland’s Prime Minister, along with a stream of other high-profile leaders being in the spotlight, the scandal has finally arrived on Britain’s shores and landed on Prime Minister David Cameron, and his late father who benefited from one of the exact things Cameron says he’s been trying to clamp down on. Now, does this put the Prime Minister in an untenable position? In short, yes. Even though it was before he was Prime Minister, the fact that he and his father took part in tax avoidance is hugely hypocritical for a man who won, in part, a general election on his claim to clamp down on such practices.
On top of that, there is the fact that he thinks £30,000 is a trivial amount, when the average income in the UK is less than that, at around £26,500, is appalling and just shows how out of touch with ordinary people he is. What makes it worse is that the truth (that he benefited from this scheme) had to be dragged out of him, in such an embarrassing way, and only after multiple questions from multiple people. This is just another damning insight into the elite Tory club now running the fifth largest economy in the world.
So, should he go for his hypocritical attitude and lack of trust? I believe so. I call into question the suitability of the entire UK government over this, as their response to this matter has been haphazard and weak, it is clear that in their circles this kind of behaviour is seen as acceptable and they don’t ‘get’ what all the fuss is about. The Conservative party, similar to the Republicans across the pond, is a catastrophe, with politicians protecting their position and each other. This goes beyond the current debacle of Iceland’s PM, or even David Cameron, this goes to the heart of that the problem – do our political masters deserve our trust and, in return to wield such power?
The UK electorate should call for another general election because of a lack of confidence in our leadership to practice what they preach. These bumbling buffoons have done nothing but spin for the past eight years, piling on our national debt which has steadily gone up each year under their leadership. They have ripped the heart out of most local authorities, undermined our welfare system by attacking disabled people and forced all young adults into debt. We are not a backward country, the UK was once the most powerful country on earth, yet we have descended into some sort of frat house, where those born into privilege are running the country in such a haphazard way and with no grasp of how to put things right, for the country, they just focus what benefits them and their club. I propose a vote of no confidence in the British government and hope the rest the nation wakes up. Are you with me?
Source: Roberts Ink