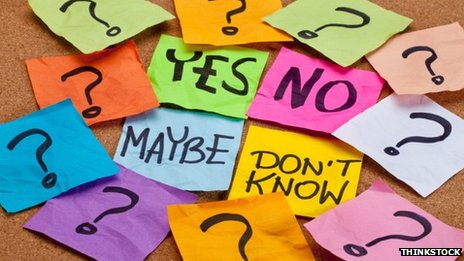 Hello everyone. So this week I thought I would keep in theme with what’s going on in the national news and talk about British politics (hold on you non-Brits, don’t stop reading, this has ramifications for your own country as every country in the western world has similar problems in their economy so stay tuned, or skip to the end, up to you). What better way to start than to delve in to what the various parties say they are offering!!.  I decided I would have to read their manifestos,  I know no one does but I did and after untold hours reading and re-reading the five main parties manifesto (I’m not doing any of the provisional parties because I’m British and i think what they’re doing is raking this land of ours) I have come to some conclusions.  I realise this might be a massive turn-off and you stop reading here – but I am hoping that you will be musing who to vote for and as my whisking through the manifestos will be of interest.  As there is so much ‘stuff’ I am going to publish these ‘reviews’ in sections, a Party per day for this week, and give each manifesto a star rating of one to five.

I will give a brief outline of each of their plans and add in my thoughts, so let’s start with the big three with Labour to start.

③∕⑤        Labour have held the slightly left position for so many years and have been seen as the party of the people, the party of compassion, in comparison to their callous cousins to the right, but in the last ten or so years, with the dirty laundry of the last Labour government being publicly washed and the reputation of its ‘Golden’ group being shown to be just fool’s gold, the Labour party is no long viewed in the same way by the masses, so let’s look at what they are promising. First of all, when I ventured on to their site, I was struck with the fact that it was a fairly decent site, usually all things political are roughly five years behind the trend and especially the big parties, being so technologically inept, but the site was ok if a bit boring, a little stale, rather like the Labour leadership at the moment, but it was ok. I ducked the inevitable question of whether I would be voting for them that pops up and followed me around, popping up like some sort of annoying spam mail, (that was not cool at all, Labour) all the sites had this annoying feature.  There are the usual pictures of school children and the main faces of the party but I tracked across to seek out the meat, or rather the beating heart of this party that has been penned down in 78 pages or so. To my disappointment the Labour manifesto had to be down loaded and could not be viewed fully on the site, that was a bad move for a party already looking a little stuffy and out of the loop. However, I downloaded it and started to wade my way through it. For some unknown reason Labour have decided to place green ticks next to all of its statements (I’m not four years old, I don’t need positive reinforcement) I thought that was very strange and a little insulting to be honest. Is this how the party sees us the rabble, like teachers viewing kids?.  I read on and it was the usual stuff, nothing out of the ordinary, we will put more money in to the N.H.S, make the country stronger, 1000 more border agents, 6000 more G.P.s, the usual thing more money being spread better, which will be helped by taxing the top 1% even more and by closing loop holes for big companies, what was good to see, even if I don’t really believe it, was the pledge to not borrow more and that everything they had laid out would be paid out of the coffers and not from China or someone else’s waiting vault.

As expected, the minimum wage increase was there, up to £8 an hour which would be nice for people on minimum wage, but only if the government stop the employers hiking up their prices in line with the rise – but there was no confirmation on that, which was a little disappointing. There were claims to abolish zero hours, which was welcome and the fact that their government would actually take on the economic giants in the feel industry and freeze bills was a big hit with me. I hop Ed, does have the balls to do that! (see what I did there) In addition freezing of fuel bills he claimed that Labour will put  a freeze on rail prices and a ceiling on rent. Three things I think most people in this country have been calling for a long time ( £116 plus for a ticket to London, you must be having a laugh, it is supposed to be transport of the masses but you can fly to Europe cheaper!)

The set up of a British investment bank to just help small and medium size business was quite a good move. Overall some good things were there but, as with all the manifestos, the numbers don’t add up. Around 2 billion is needed for their new numbers of G.P.s and nurses that they said Labour will train. (Where from? No idea) I did pull out of it that Labour would be hardening up on benefits, a sign of the times no doubt, and this part did have something new to say. Instead of this one attacking or marginalising people it actually has the appearance of an approach that I have been calling out for a long time. They state that young people on benefits have to do work for the state or lose their benefit. I think that is fair and decent to ever one involved. A social policy I agree with, the vast majority of young people, unemployed, would agree with it, they want purpose and State work would give them that. The whole feel was more inclusive, more homely, if that is the right word. It did feel more like the old Labour, the good bits of the old party. The values set out were mostly ones I could agree with, outward looking, interested in uniting the whole country, staying within the EU and with all pulling our differing weights to support ourselves as best we can whilst still recognition of those that need. It is one of the only parties to maintain 0.7% foreign aid, something that I think separates us from the rest of the world. The other thing that stuck out from Labour’s manifesto, in comparison to the others, was the fact that Labour actually wants to foster and help creative people and thinkers, and talk about doing so. This is quite important, not just to individuals but to the country, as I will explain further when we view the conservative manifesto and something all people, of all countries should consider. So many governments at the moment are moving right-wing and in doing so conformity is the order of the day, creative people are not wanted and you can see that as they sap money from creative think tanks and the like, which is having a huge impact on our society . I talked about this last week and it was refreshing to see that Labour will not. So, overall I give Labour three stars out of five. I think the manifesto promises a lot and some will say that they won’t be able to deliver but I do think they will deliver on a fair bit. Where it lost some stars from me is that they don’t really tackle some big issues and the sums don’t really add up but as a plan for the future it has some credibility. To finish off my look at Labour, a moment or spot light if you will on their leader, Ed Miliband.

I have no issue with him, not like the media who have done all they can to ridicule him. He comes across as an OK, well-rounded, intelligent guy. He may not be the most photogenic but I am puzzled by what relevance that has. My issue with him is not so fatuous as to be concerned with cosmetics.  For me he doesn’t really show the leadership qualities that I would like. I tend to feel sorry for him more than anything else and that not right for someone wanting to run a country. But that is just my gut feeling and he may grow in stature. His back ground is notable. As a first generation Brit he  has worked hard and done well for himself, in many regards, but in reality I tend to see him as an academic economist, like his father, not a leader of men  – Sorry Ed, however, take comfort that I don’t see any of the other party leaders as ‘leaders’ in the true sense of the word.      Next in the firing line is the Conservative manifesto, but that’s enough in one reading, I will share that with you tomorrow.