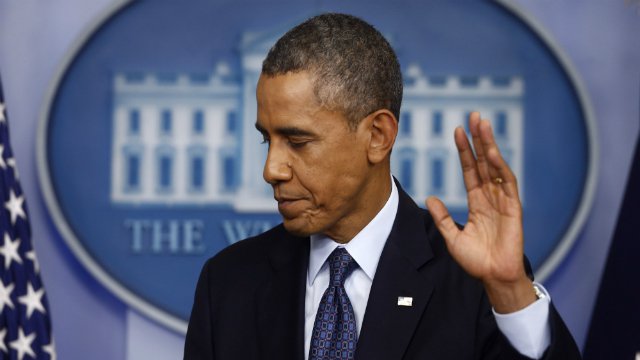 Hello and welcome to The Week.  I didn’t have time to do one last week as I was away at a conference. This week the main news everyone will have seen by now is the killing of nine people in the Charlestown Church shooting. I’m not going to talk about that specific event as it is far too raw for some guy from Britain to be looking through it and what possessed that man to do such an evil thing. What I am going to talk about is the race issue in America, as a neutral outsider I believe I can see past the patriotism and political manoeuvring by Americans, as John Stewart pointed out this week, there are deep roots sunk in America’s short bloody history and devastating events like the shooting at the Church keep happening all over America – from school campuses, shopping malls and movie theaters, America does more damage to itself then any external forces do to it. The big question here that has always baffled me, and I assume most people not American, is why any sane person can think that allowing everyone to own a gun is a good idea. I am not talking about some law that was set out because you were at war with us, way back when; I am talking about now, in the modern world, where one person with a gun can do such a massive amount of damage to people. How can you stand by and think that’s alright? That is what baffles us all. The NRA would make us believe that if everyone had guns there would be no killing? Yea that’s what happened in Iraq, or Bosnia or the Congo or Rwanda? Giving normal people high powered killing weapons is stupid and time and time again this has been proved to be so in the states with more and more shooting of innocent people. The lack of understanding of this simple fact, and a history dominated by slavery and race issues, then you get the powder keg that the USA is!  America has two major problems to resolve – racism and 18th century gun laws – as an outsider I look across the pond and wonder how you can fix such a broken country?

Well, in my view the first step is to tackle the gun issue – taking weapons out of the hands of madmen and women is the first step, that would be the most difficult but it could be done. Most decent people would hand in their weapons for destruction and the ones who don’t would be pursued by the police. This is what happened in post war Britain – the government asked for weapons to be handed back in and people did. I do believe the vast majority of Americans understand that rifles and hand guns aren’t toys and have no place in a civilised and developed society. In addition, local gun clubs could continue but they would be where you have to leave your weapon, secured there, so they are not in peoples’ homes. The other step is to not sell them to anyone under 40, as it is at the younger ages when the majority of people are still impressionable and malleable, still very passionate about issues that they can be led into doing something radical. However, it isn’t just resolving their gun laws, there is also the problem of racism – the biggest single issue facing the USA today – similar to South Africa where a white dominated country is trying to put forward a face that it has equal rights for everybody – but in reality there clearly isn’t.  The culture of the police in some of these areas is a problem, police officers need to be rooted in the community, but they are not, everyone needs to be able to trust and respect their local police – things have to change from within – only when the police are operating in a different way can change begin. From the top down the police need to remember they exist to protect ALL the people, so if the majority of a town has issue with the establishment it might be an idea that the ‘establishment’ is the problem and the police need to be actively investigating that – and if they are the problem then the government needs to investigate them. Firearms need to be taken out of the situation all together from people and police. In Britain there have been 58 situations where police special units have shot – compared to 784 police shootings this year in America.  American police reach for their gun far too readily, resulting in the killing of unarmed, black Americans – it is going to take radical measures to even begin to fix such a broken nation.

My condolences and heartfelt sympathies go out to all those affected by the shooting in Charleston, especially the families, no one should have a loved one ripped away from them like that.