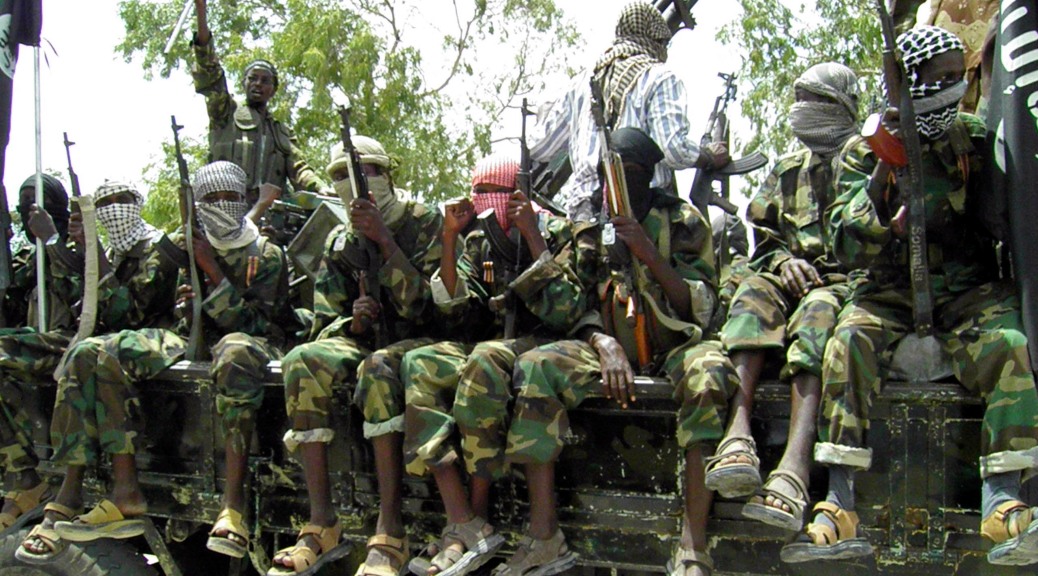 Boko Haram have TODAY (The Week is on the ball!) captured a Nigerian army base and the town of Baga (or at least most of it) which is in northern Nigeria, along the border with Chad. This is the group, you may recall, that captured 219 school girls from their school in Chibok last April, a town south of the now captured town of Baga. The aim of Boko Haram is to stop western education, or any education that is not Islam theology. The extremists have demonstrated their objective in that the words Boko Haram translate in to “Western education is forbidden.” ISAF, NATO and the UN involvement in Afghanistan for the last 13 years has kept the western eyes firmly on the Middle East so extremist groups have found Africa a new and dynamic place to set themselves up. Boko Haram are one of this groups who know hold sway over 3 million people in Chad and Nigeria, they have been a terrorist group since 2002 with the Nigerian army and even UN peace keepers coming in to conflict with them but it wasn’t until 2013 that the United States branded them, why?

Well that’s a different story, not for today. Any way my point being is that Boko Haram is simply a very dangerous group of nutters, some of the extremist of the extreme out there. They claim the most outrageous things such as you should not be allowed to wear trousers and a shirt for pity’s sake, the group is as mad as can be. They have been taking on and beating the Nigerian army for five years so why is nothing done about it? If the west, mainly USA to be honest, is all up in arms about the war on terror and wiping it out then this is the place you go. There is a need to drop large numbers of peace keepers to protect the people who are screaming out for this – this is what the west should be doing with the trillions and trillions governments spend on a war that will never happen if it does then it is game over for all of us) They should help who we can help. I mean, go take on Boko Haram in their own place and show all of Africa that the west will actually stand with them and do something simply to bring peace, not for our own ends. So much of this continent is stricken with disease and a level of poverty that most of us will never see in and is ruled over by war lords, drug runners and extremists alongside actual madmen (Robert Mugabe) Western governments claim we are conducting the “war on terror” but all we have done is thrown confused young Muslims who are searching for identity into the hands of extremist all over the world and then we do nothing about it, we just leave the rest of the world to deal with it.

Some people might say it not our place, all I say is, if we put to one side the history of bad things most western countries have participated in (slavery genocide, war and mutilation) and consider where we are blessed – we live in a time of plenty with no fear and the walls of prejudice being pulled down around us exposing us to true freedom, so why don’t we lead and actually hand this freedom to our brothers and sister who are less fortunate. I’m not talking charity but properly deploying our armies – what would happen if the west sent all our forces to Africa and, as a truly United Nation, we split by countries  and take out this terrorist organisation. Then we help rebuild the infrastructure, clear their ‘debt’, rebuild roads and the like as well as help to take the fight to the insurgents.  What do you think that will do for the world –  a moment why it becomes obvious to China, Russia and their allies that the west is done with this positioning and the world united is prepared to use our resources to re-sculpt Africa, for no gain, no reason just to help  – we spend billions on these resources so why not use them for good.  We in the west and particularly the children of the west do need to understand how lucky we are and seeing the benefit we can have on people would benefit them – we can actually do something that will be remembered and something we can all actually be proud off.

My final comment is about The Interview. To follow on my comments a few weeks ago; this was all about the publicity and the tweets from Rogen and Franco are so out of touch it’s downright distasteful. This is not a win for freedom, it is not a win at all – people thinking they standing up for something because they PAID to watch a film – that’s what is wrong – there are actually things of going on right now that we could all stand behind and fight for that are worth getting emotional about – this isn’t one of them. The fact that after a well run publicity plan the film was aired – by ‘public demand’ – these concerns for freedom needed channelling t where it could make a difference – such as resolving the atrocities in Africa – rather than simply paying to watch a film!  Hey, ho – I concede I am a dreamer and I always will be.  I do believe humanity is good but we seem to have gone down the wrong path. If I was in a position of influence you can bet your bottom dollar I would try my hardest to re-focus us but, as it is, I am just some guy yelling across empty fields, into the wind! Anyway that’s it for this week, enough of me sharing my thoughts on the things that have happened this week that interested me. I hope you enjoy my insights or ramblings! Do have a nose around the website as there is loads of stuff on it and on our YouTube channel – all different so hopefully something for different folk to enjoy. As always, have a good week.